While on a trip to the Grand Canyon, three young girls, Nia, Dina and Samira come across a fallen alien space craft when exploring the countryside . Being the adventurous type, they make their way inside only to find an injured alien laying on the floor barely conscious.

The girls are scared at first, but are very attentive once the alien explains why he’s there…to stop an alien invasion of earth. Nia, the oldest, knows they have to tell the authorities about what they’ve found, but before they can leave, another space craft, belonging to a henchman of the evil Warlord Xarxon arrives. This other craft tries to destroy the ship. And in a brilliant blast of energy, the ship explodes, but not before the alien is able to throw a protective force field around them, saving their lives. But the ordeal was not yet over. The force field, combined with the energy from the strange alien blasts bathes the girls in a strange alien energy. An energy which gives them fantastic super-powers beyond all imagining. Nia has the power of the sun. Dina has super-strength. Samira has light powers and can move at superhuman speeds. Together, they fight the evil aliens and save the world…if only they can learn to get along! 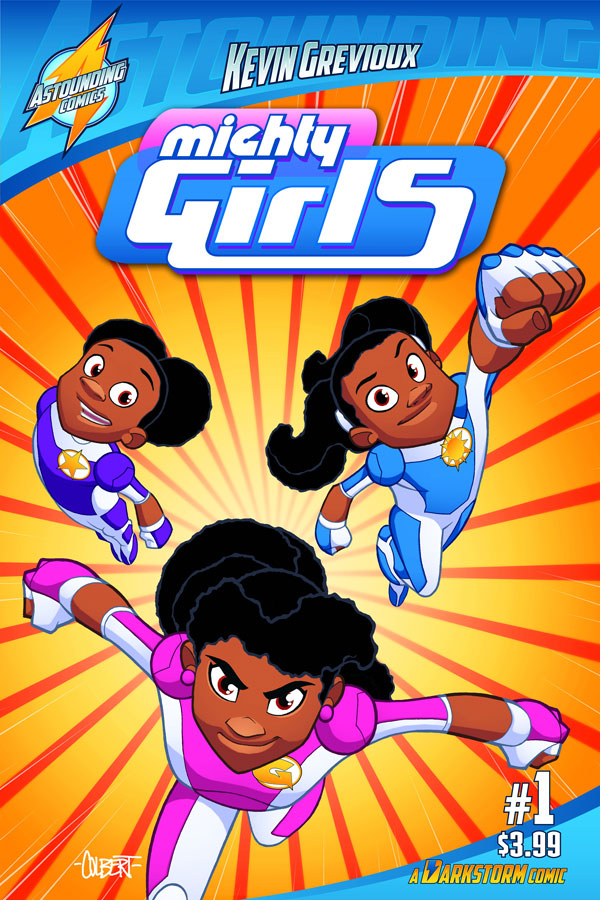